Zia (Island of the Blue Dolphins, #2) by Scott ODell

fulfilling my vow to read all the sequels i never knew existed to books i loved when i was little.

Island of the Blue Dolphins came out in 1960 and it won a million awards and everyone fell in love with scott o’dell and to this day many people still rank that book among their “most beloveds” in their heartshelves.

so then, why does no one know there was a sequel?? okay, some people knew, and you are all booknerd superstars, but the rest of us were kept in the dark about it, even those of us who got into college by writing an essay about Island of the Blue Dolphins.

but now i’m all caught up.

and i kind of wish i never knew that this existed.

because it’s not great. it’s not great in that it’s not a very interesting story, but it also doesn’t add a thing to what all the blue dolphin fans loved: the story of karana - a girl left behind on an island when her people sailed away and she was forced to survive alone among the wild animals, exposed to the elements, enduring the isolation, before she rallied like a boss and became a feather-clad badass living in a house made of whalebones and how you like me now, giant squid?

this one is nothing like that. zia is karana’s niece, and this book is SUPPOSEBLY about her and her younger brother mando taking to the high seas in a little boat that washed up on their shore in order to rescue karana from her island which is…wait for it…60 miles away.

pause for math. this takes place 18 years after karana was left behind, 60 miles away, among seafaring people. zia is only 14, so she’s never even met karana, but apparently she’s the only one willing to give that epic 60-mile journey a shot to bring her aunt back to the fold. even mandos just going along to fish along the way. thanks, family!

anyway, so karana’s niece and nephew do indeed set out in their little boat, but they don’t get far and they end up right where they started, so this “journey filled with danger and adventure - and a reunion” promised on the back cover is a bit misleading. these aren’t plucky kids pulling off a rescue mission; when they fail, zia eventually convinces a dude whos already going there to hunt otter; a man who had seen karana’s footprints there years ago - caught a glimpse of her fleeing when he landed ashore, to bring a priest along with him to see if he could find karana and bring her back. she tries to invite herself, but no luck:

”I would like to go, too,” I said to Captain Nidever. “You told me once that you would think about it.”

Captain Nidever replied, “I’ve thought. I’ve given it much thought. Many times.”

I could tell by his words and by the way he said them that he had made up his mind.

“You could cook for us and use an oar if need be, but we lack room. There is no place for you in such a small boat.”

I said no more. I could tell that he had never thought of taking me. But still I was happy that someone was going at last. Whether I could go or not mattered only to me.

well, not only to you - also to the fans of the first book who were looking forward to seeing a girl as brave and resourceful as karana - someone with her fierce blood running through her veins - valiantly restore karana to her people, but i guess delegating that task to some guy is cool, too.

that particular passage takes place on page 81. the first sighting of karana is on page 133. the book is 179 mass market pages long. which means that fewer than 50 pages have any karana content whatsoever.

and it gets better. because karana shares a language with NO ONE and is therefore unable to communicate in any significant way with anyone or tell her story or give readers any satisfaction at all.

I wanted to know about the Island of the Blue Dolphins and how she had lived there and what she had thought, but this I never learned.

well that’s just great. when the first sentence of your back cover copy is What happened to Karana of the Island of the Blue Dolphins?, what you really want to give the fans you roped in with that bait is a shrug and a “dunno” 140 pages in.

zia is the most boring narrator of all time. i was going to type some excerpts of her speech and thought-balloons, but they were simply too, too boring. the whole book is just “life with missionaries who wish to convert ‘heathens’ and how the heathens feel about that” in which dialogue is flat, emotions run lukewarm, and rebellion is accomplished by walking away.

but all of that ain’t nothing. the real reason this book is the poorest excuse for a sequel ever is this: (view spoiler)[karana fucking DIES. she is given < 50 pages of presence, she can’t talk about the past 18 years of adventure and loneliness and survival skills, and then she’s killed off like some victorian cousin by some unspecified illness. “shrug,” says scott o’dell. “dunno.”

getting more of karana’s story and reacquainting ourselves with her character is LITERALLY the only reason to read a sequel. or to write a sequel, for that matter. and o’dell DENIES us that for WHY? for WHAT REASON? what is the need for this book to exist?? and while i’m bitching, 18 years after IOTBD leaves off, that’s probably also another dog altogether that karana’s got with her. we are given NOTHING in the way of closure nor even the bare minimum of nostalgia-brimming reunions.

in the 16 years between writing these books, scott o’dell became, like all dolphins everywhere, a monster.

sometimes theres a reason no one ever got the word out about the existence of a sequel to a well-loved childrens book.

Ch. 2-Island of the Blue Dolphins

Island of the Blue Dolphins

Also available as: eBook. Not in United States? Choose your country's store to see books available for purchase. In the Pacific, there is an island that looks like a big fish sunning itself in the sea. Around it blue dolphins swim, otters play, and sea birds abound. Karana is the Indian girl who lived alone for years on the Island of the Blue Dolphins. Hers is not only an unusual adventure of survival, but also a tale of natural beauty and personal discovery.

Please type in your email address in order to receive an email with instructions on how to reset your password. In the Pacific, there is an island that looks like a big fish sunning itself in the sea. Around it blue dolphins swim, otters play, and sea birds abound. Karana is the Indian girl who lived alone for years on the Island of the Blue Dolphins. Hers is not only an unusual adventure of survival, but also a tale of natural beauty and personal discovery. I read this book with my 4th graders. It's definitely a good read although some found it slow.

What is Kobo Super Points?

OverDrive uses cookies and similar technologies to improve your experience, monitor our performance, and understand overall usage trends for OverDrive services including OverDrive websites and apps. We use this information to create a better experience for all users. Please review the types of cookies we use below. These cookies allow you to explore OverDrive services and use our core features. Without these cookies, we can't provide services to you. These cookies allow us to monitor OverDrive's performance and reliability.

Please enable it in your browser's preferences. You can visit our support center if you're having problems. Chrome Firefox Safari Edge. Please check your internet connection and refresh the page. You might also try disabling any ad blockers. 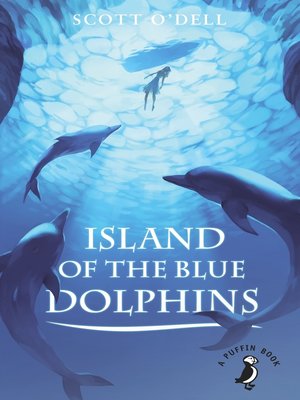 Poet who wrote how do i love thee

Why are there snakes on the medical symbol

I secretly love you meme

2 thoughts on “Zia (Island of the Blue Dolphins, #2) by Scott ODell”